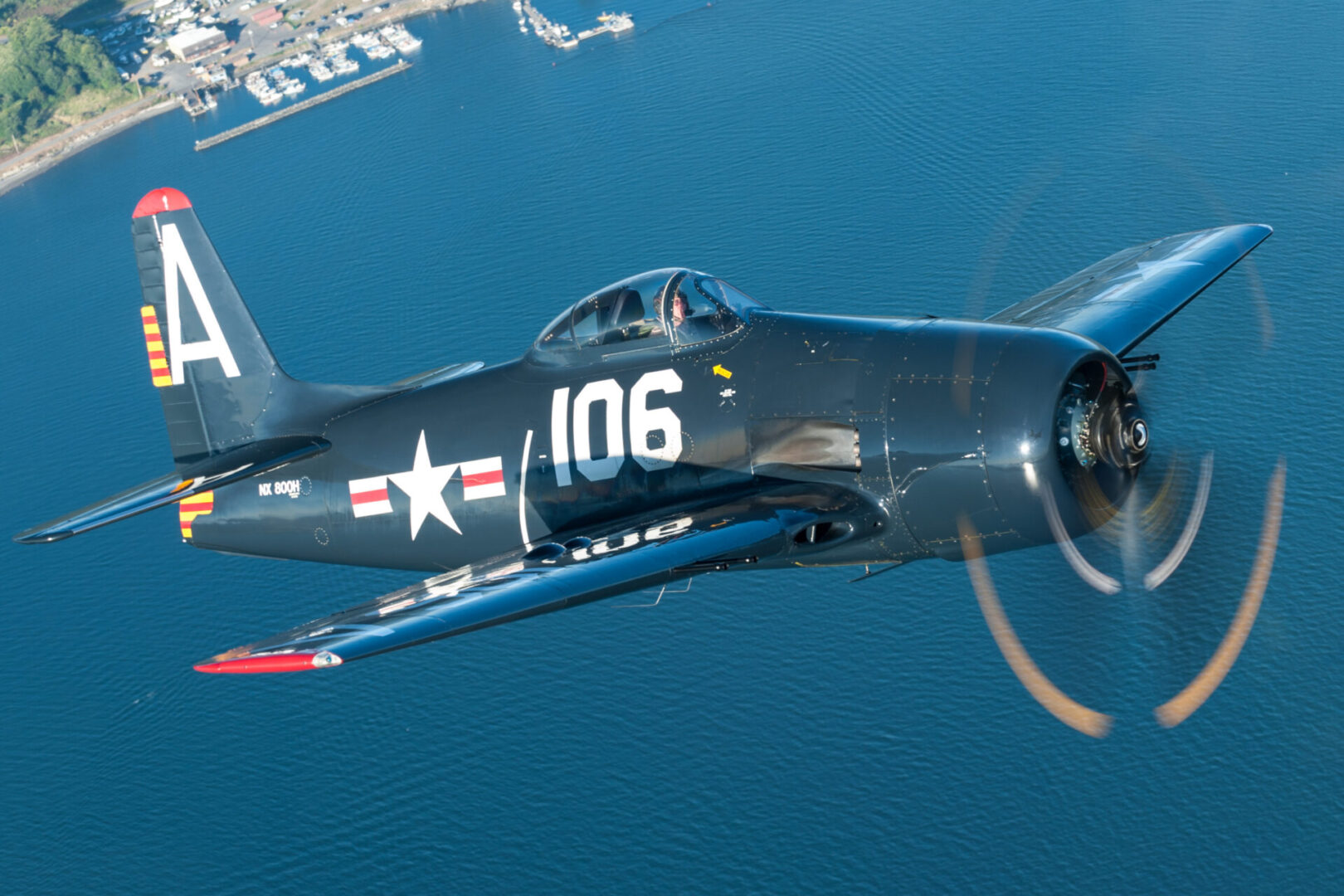 Designed to beat the Japanese Zero and defend Navy fleets against incoming Kamikaze attacks, the Bearcat was the last piston-engine fighter built for WWII combat. Its Pratt & Whitney 2800 engine generates over 2,100 horsepower. The F8F will go from brake release at sea level to 10,000 feet in just 91 seconds.

WWII hostilities ended just as the first examples joined the fleet. From 1946 through 1949, Bearcats were flown by the Navy's “Blue Angels.” While advancements in jet propulsion rendered the model obsolete by the late 50s, its popularity among pilots and commanders extended its life. The Bearcat was the last piston fighter to be retired by the U.S. Armed Forces.

First flown in 1948, this particular Bearcat saw Navy squadron service through 1957. In 1959, it continued military deployment as a photo reconnaissance aircraft. In 1964, now a “civilian,” our Bearcat won 4th place in the first Gold Unlimited Race at Reno, NV piloted by Walt Ohlrich, a former WWII pilot. Among its many subsequent racing successes were the Los Angeles Air Races of 1966 (two fastest laps in the history of the race), Harold's Club Trophy Race (3rd place, 1967) and Homestead Air Races (1st place, 1979). 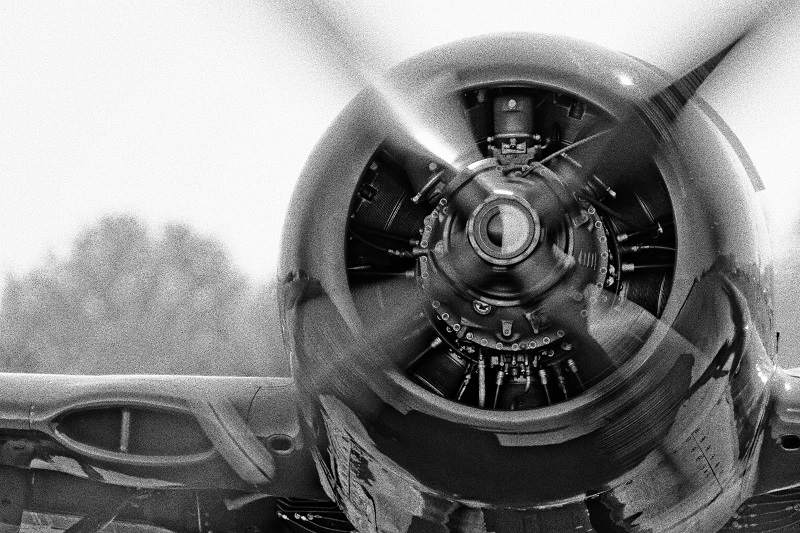 Following its racing career, this aircraft participated in airshows in Europe. In 1997, Apollo VIII astronaut Bill Anders brought it home to the Heritage Flight Museum. When acquired by Historic Flight, it was restored to its stock Navy, combat-ready specification.

This aircraft has answered to a variety of names: Tom Cat, Tom’s Cat, Miss Priss, Tonopah Queen, Sweet Pea, Precious Bear, and Bearcat Bill. The name Wampus Cat, given by Mr. Anders, comes from the “Bear Cat Poppa Blues” where a mean tomcat is bent on winning the right to Wampus Kitty.