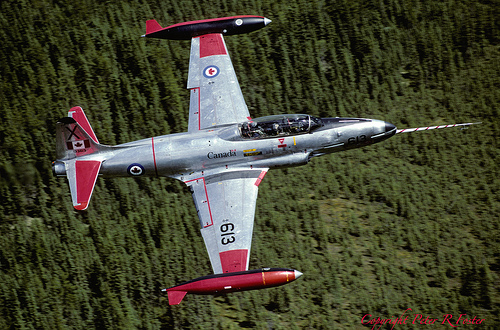 Our Silverstar’s history is marked more by longevity than high drama. After training thousands of pilots for the Royal Canadian Air Force during 1954–1961, the jet took a rest, and then spent more than 20 years working for military aircraft research, development, and exhibition at the Civilian Flight Test Center in Mojave, California. But read on—the development of the T-33 illustrates “perfection in design” backed by eccentricity, genius, and some rank sweat that kept people at the right arm’s length.

1943–1948: Skunk Works
After being commissioned to build the fighter jet North America needed, the Lockheed Corporation turned the project over to their loose cannon—namely, Clarence “Kelly” Johnson. A true eccentric, Johnson and his brilliant crew worked out of a shop that started out as a lean-to built from salvaged lumber. Though the facility was named “Skunk Works” to signify that the group should be left alone, the fact that the shop started out with no windows or air conditioning likely ensured that anyone not involved kept a safe distance. Johnson’s team was legend for producing aircraft that exceeded performance expectations, ahead of schedule and under budget. After delivering the P/F-80 and the T-33 Shooting Star, the team continued for decades at the forefront of aviation, giving us the most advanced jets ever produced—including the SR-71, F-117 Stealth, and the YF-22.

1954–1964: Serving the Royal Canadian Air Force
A 1951 contract between Lockheed and Canadair led to the Royal Canadian Air Force (RCAF) version of the T-33. Though the Canadian trainer mapped closely to the Lockheed T-33, Canadair did replace the Allison J-33 engine with a Rolls Royce Nene-10 engine that improved thrust and delivered a more reliable flight experience. Our jet worked for the RCAF from 1954–1961 as a multi-faceted trainer for advanced pilots. Service included not only flight training and possibly gunnery practice, but also target towing—in the era preceding computer-simulated target attacks, the T-33 would literally tow a “target,” often a huge red square of canvas, that enabled fighter pilots to practice sighting and shooting at enemy aircraft. From 1961–1972, the plane went dormant; records show that it remained airworthy until 1964, when it went into container storage. 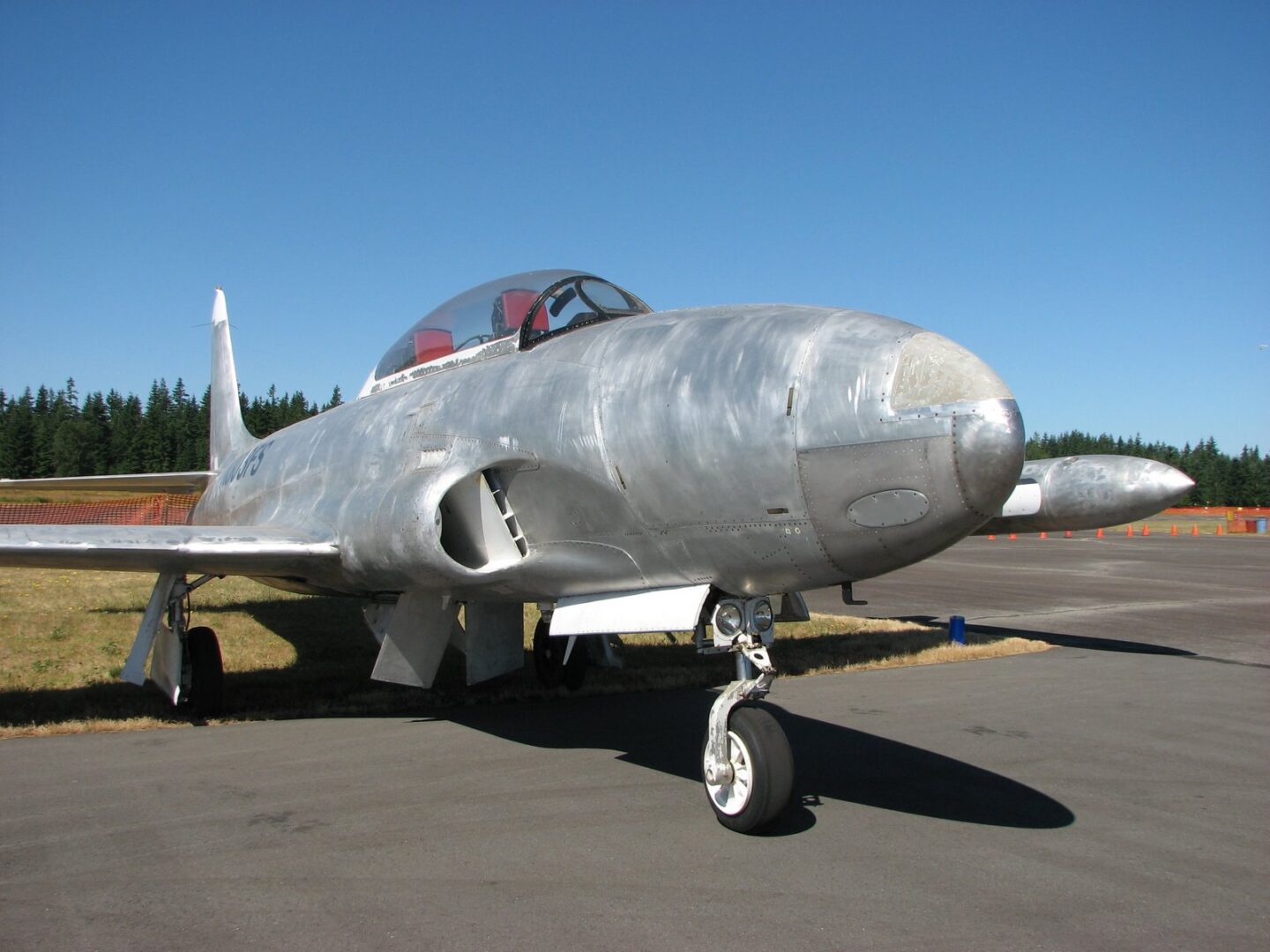 1972–2004: Serving R&D in the Mojave Desert
Skunk Works delivered a design that ensured the T-33 would outlast the career of movie idols. In 1972, US-based Flight Test Research purchased our jet and took it to the Civilian Flight Test Center in Mojave, California. By 1977, the jet was registered under Marconi Flight Systems with the FAA code N303FS. Between 1972–2004, it joined many T-33s as an exceptional platform for aircraft research and development, including aerospace engineering experimentation—including testing for airborne and ground intercept capabilities, telemetry (remote access and measurement of information), and ejection seat performance. It’s also likely that N303FS spent air time chasing new jet designs to test their speed and agility.

2004: Well-Earned Slowdown
If you troll through certification and inspection records for any aircraft, you’ll understand why it’s considered safer to fly than drive. Aviation authorities demand continuous testing, overhaul, and maintenance for any aircraft—not to mention annual certification. In 2004, certification for our T-33 limited the jet to exhibition and demonstration—a well-earned retirement that leaves us plenty of room for airworthy play.