Art deco takes flight, courtesy of Geoffrey de Havilland. No. 89 in his prolific series of aircraft designs, this “Dragon Rapide” flew as a warbird, early airliner and survey platform. It is one of twelve surviving Rapides of 731 manufactured. 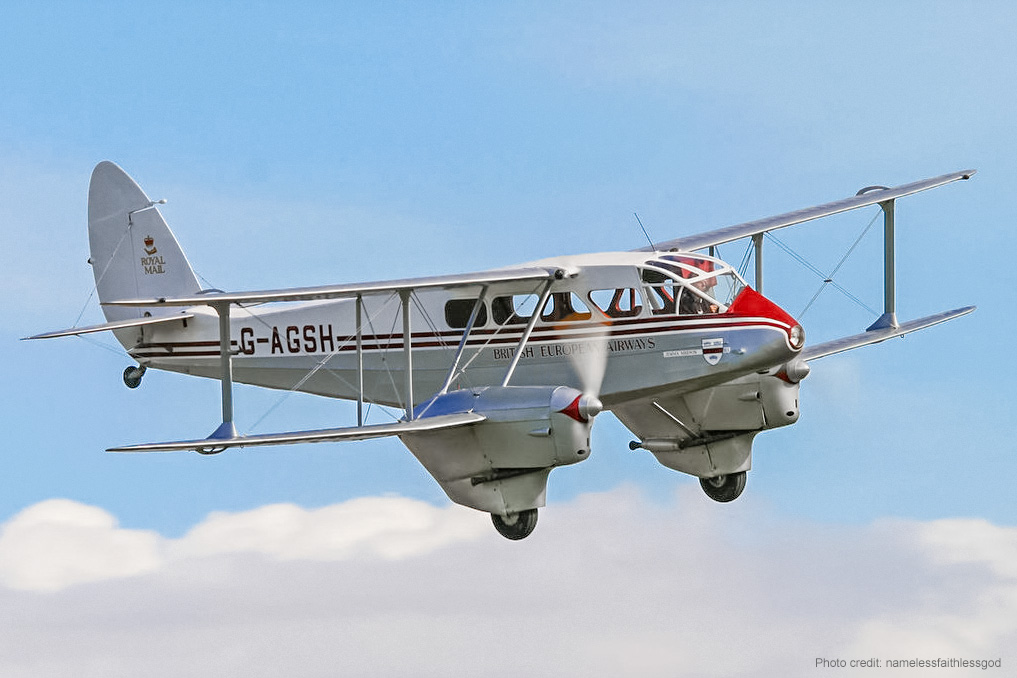 Constructed at Brush Coachworks as a Dominie (military version) I, N683DH began Royal Air Force service in July 1944. In March, 1946, de Havilland converted it to a civilian DH-89 Mk. 3 for the Associated Airways Joint Committee, a government controlled combination of eight airlines which served to transport military and government personnel and light cargo on domestic routes until post-war civilian air service could be restored. By August, 1946, it was registered to British European Airways Corporation where it flew until 1953. In all, 327 Dominies and Rapides were sold by the Royal Navy and Royal Air Force to post-war airlines and commercial operators.

Converted in 1953 to a Mk. IV, this Rapide began an extended career as a platform for aerial survey work. She flew to produce initial photogrammetric images for major capital projects such as the M5, M42 and M62 Motorways, Seaforth Docks at Liverpool and the Embsay Moor Reservoir.

In 1971 N683DH moved to the Experimental Aircraft Association Museum in Oshkosh, Wisconsin. There it remained on display until November of 1997 when it was acquired by William Field and John Reed. A comprehensive restoration began at Maury Rasmussen Field in San Andreas, California. HFF acquired the aircraft from Mr. Field’s estate. 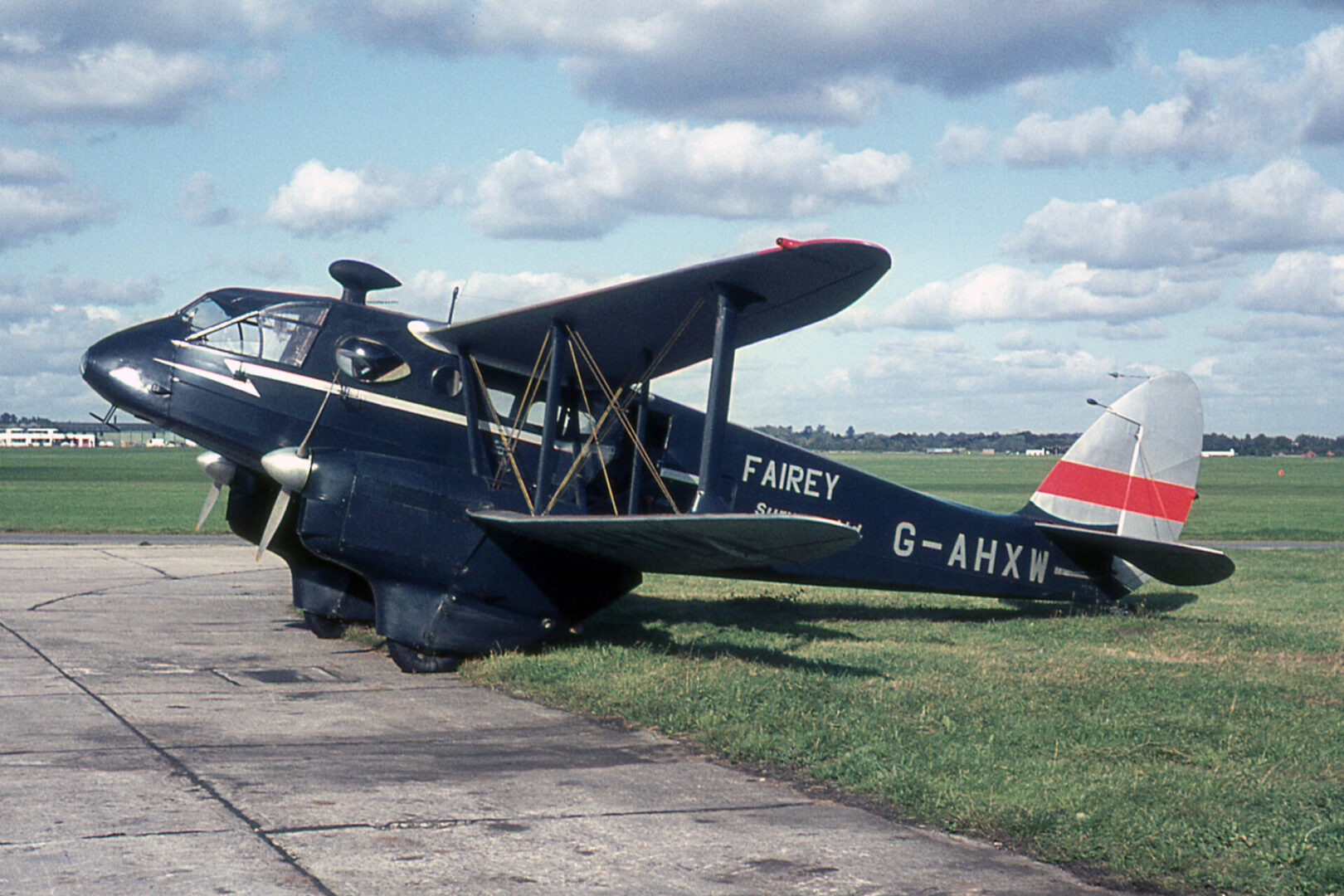 Made almost entirely of wood and fabric, the Rapide can fly 600 miles between fuel stops. Two Gipsy Six engines each generate two hundred horsepower allowing a maximum speed of 157 miles-per-hour carrying up to eight passengers. In the thirties and forties, Rapides made the trip from London to Cape Town in ten days. Going forward, our Rapide will make much shorter trips as part of HFF's living history, flight experience program.