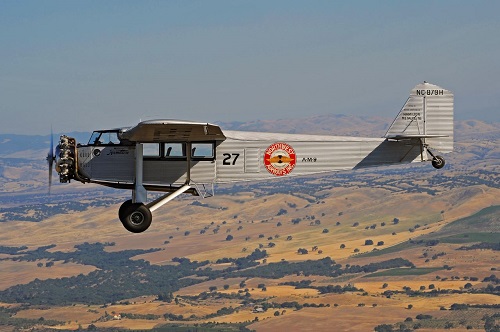 At the age of 15, Thomas F. Hamilton secured a job at the Alaskan-Yukon Exposition in Seattle patching holes in hot-air balloons. His fascination with aviation prompted experiments with biplane gliders. At 16, he formed Hamilton Aero Manufacturing Company, builder of over two dozen designs, many of which flew. During WWI and after, his curiosity turned to the aerodynamics of propellers as his companies continued to manufacture air frames as well.

Designed by James McDonnell, legendary aviation pioneer and founder of McDonnell Aircraft Corporation, this 1929 Hamilton H-47 Metalplane has sibling similarities with the Ford Tri-motor, Mr. Ford having previously employed Mr. McDonnell. Both models were manufactured in Milwaukee with the first Hamilton Metalplane rolling off the assembly line in 1927. A total of 29 were built, this being number 22. Available with wheels, skis, or massive Edo floats, the model sold for $38,000, a tremendous sum at the time. Owners of the type included Northwest Airways of Minnesota, Wien Airways of Alaska, and Scenic Airlines of Arizona.

In March, 1929, Hamilton’s company became a division of the Boeing Airplane Company.

With a wing span of 54’ 5”, the Metalplane can fly at 105 miles-per-hour with a passenger complement of seven. The Pratt & Whitney 1,340 cubic inch WASP engine generates 525 horsepower at 1,900 RPM. The Metalplane provided the first transcontinental airline service. This is the second-oldest (after the Model 40C) Boeing aircraft still flying.

Historic Flight Foundation thanks Pole Pass Airways of Orcas Island for the opportunity to display the Hamilton Metalplane. 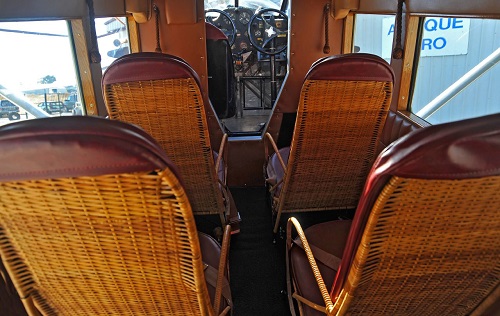