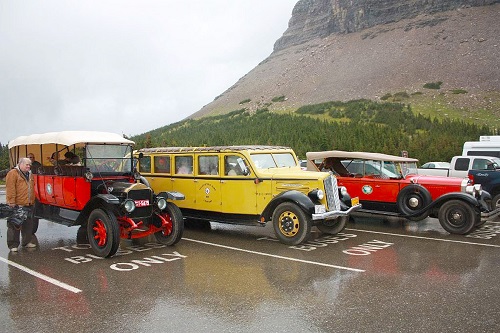 Developed specifically for sightseeing in the National Park System, the White Model 706 has become famous among public transportation vehicles. It all started in 1935 when four manufacturing companies agreed to participate in product evaluations at Yosemite National Park to determine the best vehicle for touring in western national parks.

The transition from horse-drawn carriages to internal- combustion-engine powered coaches had taken place, but no standard had been established for seating capacity or power requirements. All of the participating vehicles were loaded with sandbags to simulate passenger weight and driven the same course throughout Yosemite. The White Model 706, with its longer wheelbase and powerful 318-cubic-inch 6-cylinder engine, outperformed the other entries and became the vehicle of choice. The coach boasted a red and black paint scheme in Glacier National Park and a yellow and black scheme at Yellowstone.

The styling of the White Model 706 did not go unnoticed. The radiator cowling and grill were the work of the renowned Count Alexis de Sakhnoffsky, a Russian immigrant whose designs had been used on the Packard, the Cord, and the De Vaux automobiles. The Bender Body Company designed and built the coach body under the leadership of Herman Bender and F.W. Black, president of White Motor Company.

Yellowstone Park ordered 27 of the Model 706s for the 1936 season. By 1940, there were 98 in service. The Model 706s were used until the mid 1960s when the remaining buses were sold. Aviation legend Edwin “Skeeter” Carlson of Spokane, Washington acquired this 1937 example and shared it with his friends until it arrived at Historic Flight Foundation (HFF) in 2012. The coach is used for group tours of the airport and special occasion transportation. 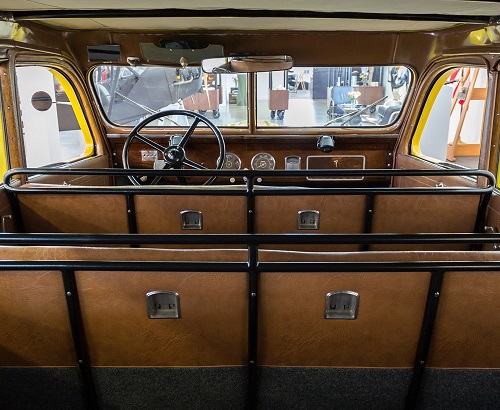