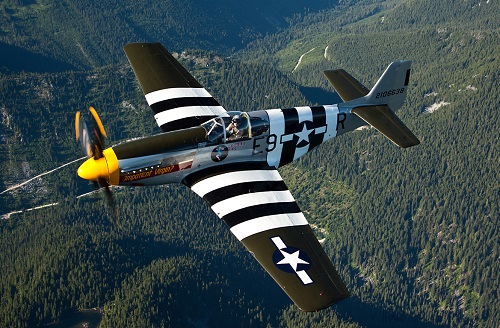 Impatient Virgin was delivered in early 1944 to the 376th Fighter Squadron based in Bottisham, England. Among its 700 hours of combat flying were four sorties on D-Day. On September 27, 1944, it provided fighter support for the 445th Bomber Group in the Kassel Mission. Flying as part of the 361st Fighter Group, Impatient Virgin engaged in furious dogfights with the Germans. The 361st downed 18 FW-190 fighters that day, three of them by this aircraft and its pilot.

By mid-1945 Mustangs were flown for training purposes only. On June 22, Flight Officer Wade Ross took Impatient Virgin on an extremely low and fast training flight. Ross got into trouble, bailed out, and the plane crashed in a Little Walden, UK farm field. In 2002, during another crash site excavation, a man approached the archeologists, pointed to a nearby field and said, “That’s the one you should be digging up.” As a young farmhand, he had witnessed Impatient Virgin’s crash. Aviation archaeologists David Wade and Jeff Carless explored the new field alongside farmers harvesting sugar beets. Within a few weeks, they discovered both a part number and the impact point of the crash. Wade and Carless struggled through a year of bureaucracy before receiving an official license to excavate. The license stipulated that they stop work during the sugar beet season due to UK farming regulations requiring that sustainable fields not lie fallow. Excavation took more than three years and aircraft restoration took nearly 33 months. 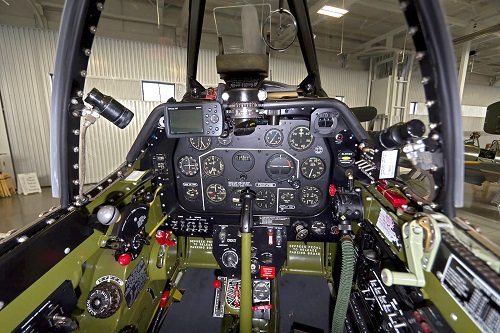