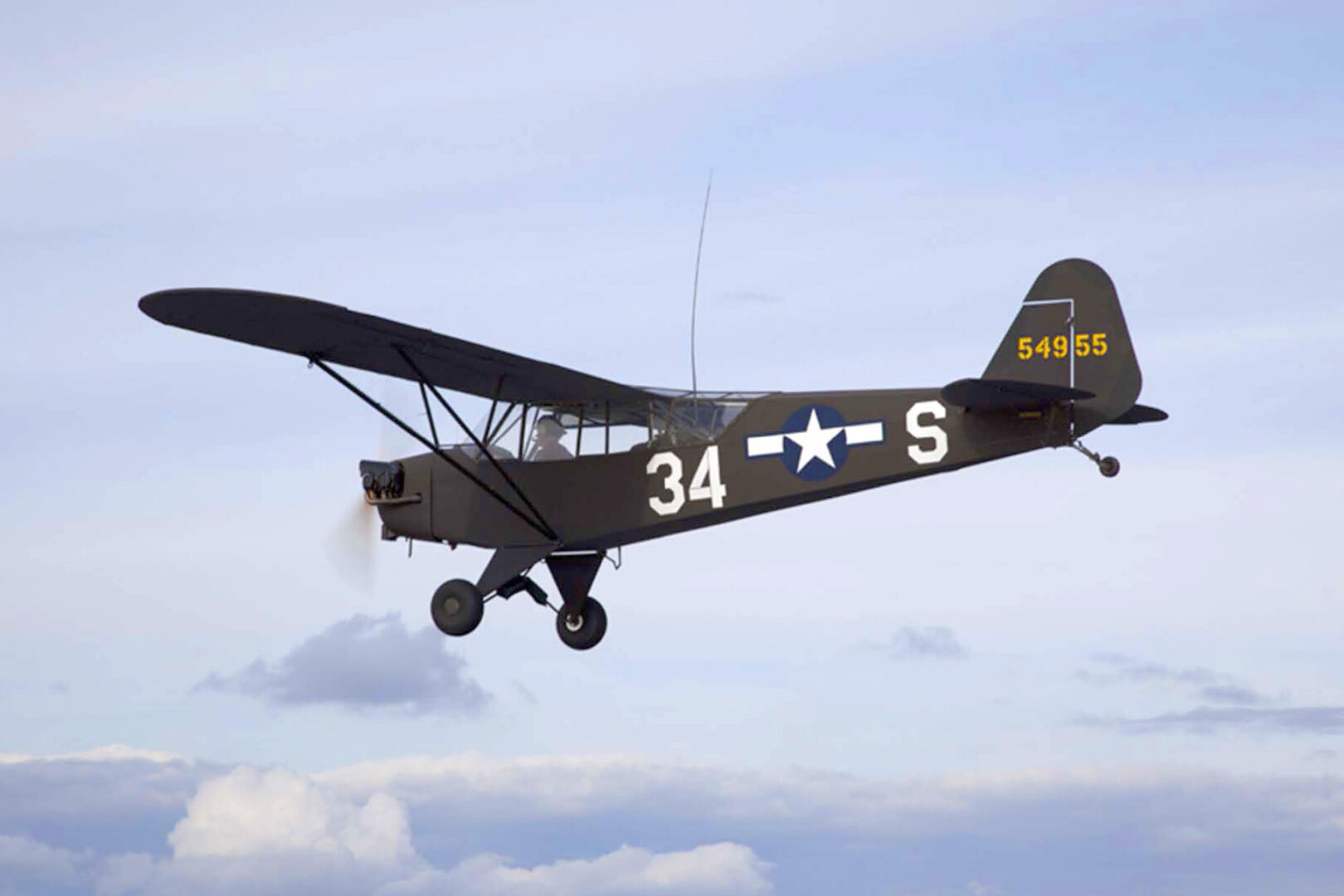 These diminutive “spotter planes” were among the most lethal weapons the United States had in its inventory during the Second World War. The L-4 was used extensively for air observation: colloquially known as artillery spotting. Aircraft were attached to field artillery batteries and operated as Air Observation Posts (AOP) by liaison pilots and observers. Flying behind enemy lines, usually no higher than 2,000 feet, the AOP would accurately direct artillery barrages against enemy formations on the ground. Being unarmed, L-4 pilots found it vital to take early evasive maneuvers.

The L-4 played a major role in the success of many major campaigns including D-Day, the tough land battles in France and Germany, the final capitulation of the German forces, the Pacific Campaign, and the bitter battles with the Japanese forces. In the main, their efforts were unheralded. Pilots and observers, as well as the ground crews, were among the unsung heroes of the war.

Historic Flight’s L-4J was delivered to the US Army Air Force on June 8th 1945 as S/N 45-4955. The brand new L-4 was sent straight to the Pacific Theater where it served on the Philippine and Ryukyu Islands. After VJ Day, 45-4955 remained in the Pacific until 1947 where it was decommissioned on the Island of Okinawa and joined the civilian world as NC68935. It was then purchased by an ex-US Army pilot for $600 and shipped back to the USA. The aircraft has remained very much intact, and though restored, it is seen here with over 95% of its original parts. The quality of this aircraft reflects the care and attention of Neil Seaton, its previous owner. NC68935 is powered by a Continental 0-170-3, 65 horsepower engine. It cruises at 80mph and stalls at 32mph. Its range is 2.5 hours with 12 US gallons of fuel. 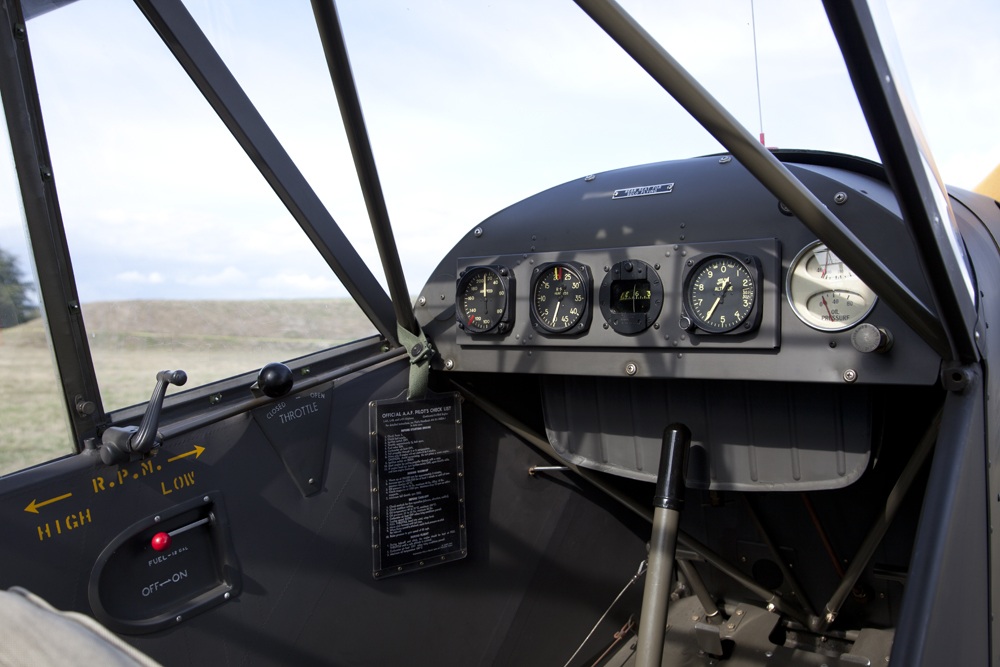