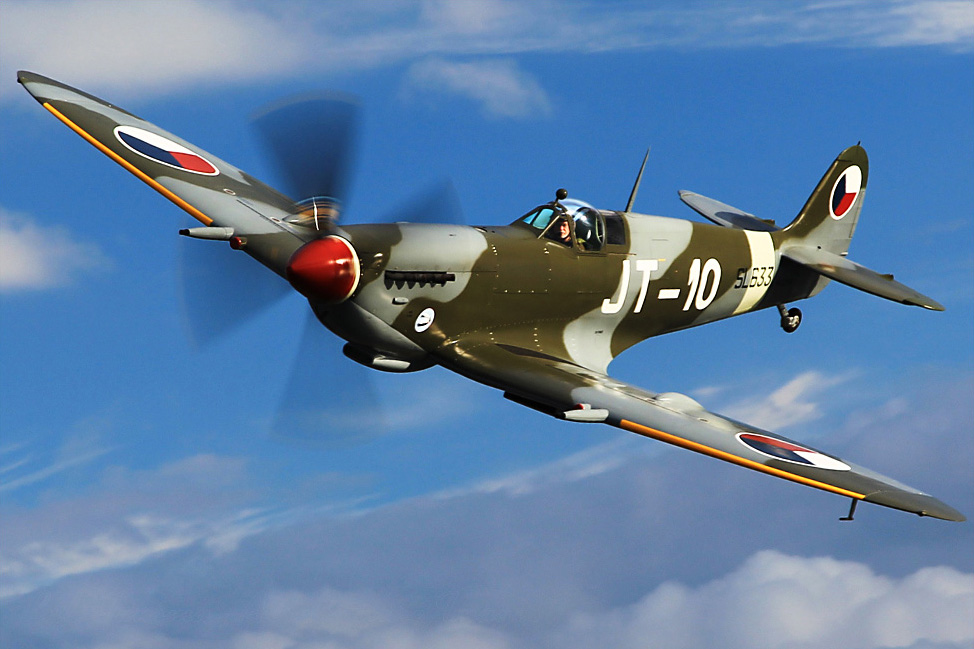 The No. 312 (Czechoslovak) Squadron, Royal Air Force (RAF), Duxford, consisted of pilots who fled their homeland during the Nazi occupation. It became one of the most famous RAF squadrons of the war. Karel Posta helped establish the No. 312. Flight Lieutenant Posta survived the Battles of France and Britain, and almost six years of combat sorties.

This Spitfire, produced at the Castle Bromwich factory of Vickers Supermarine, flew with the No. 312. It was one of 54 machines given to the newly re-formed Czechoslovak Air Force and was assigned to Posta. Throughout 1945-46, Posta performed solo aerobatic demonstrations in this aircraft for hundreds of thousands of people at significant national holidays, such as National Day, October 28, 1945, to raise the self-esteem of a vanquished nation. The “K” on the nose is the unique identifier of an aircraft flown by Karel Posta.

During the summer of 1948, Czechoslovakia was among the first countries to recognize the new Jewish state in Palestine and provided British-made Spitfires. Ironically, the Avia Kunovice Aviation Repair Shop of Moravia modified the donated Spitfires to receive German-made Me109 extended range fuel tanks for the long trip to the desert war, the only air war to see Spitfire pitted against Spitfire. When the Israeli Air Force converted to turbine power in 1954, our Spit was sold to Burma. Having sustained a "wheels up" landing accident, our Spit was displayed in a Mandalay museum with a T-6 tail and cellophane windscreen. After several private transactions, the essential components returned to Duxford as a Historic Flying, Ltd. project. 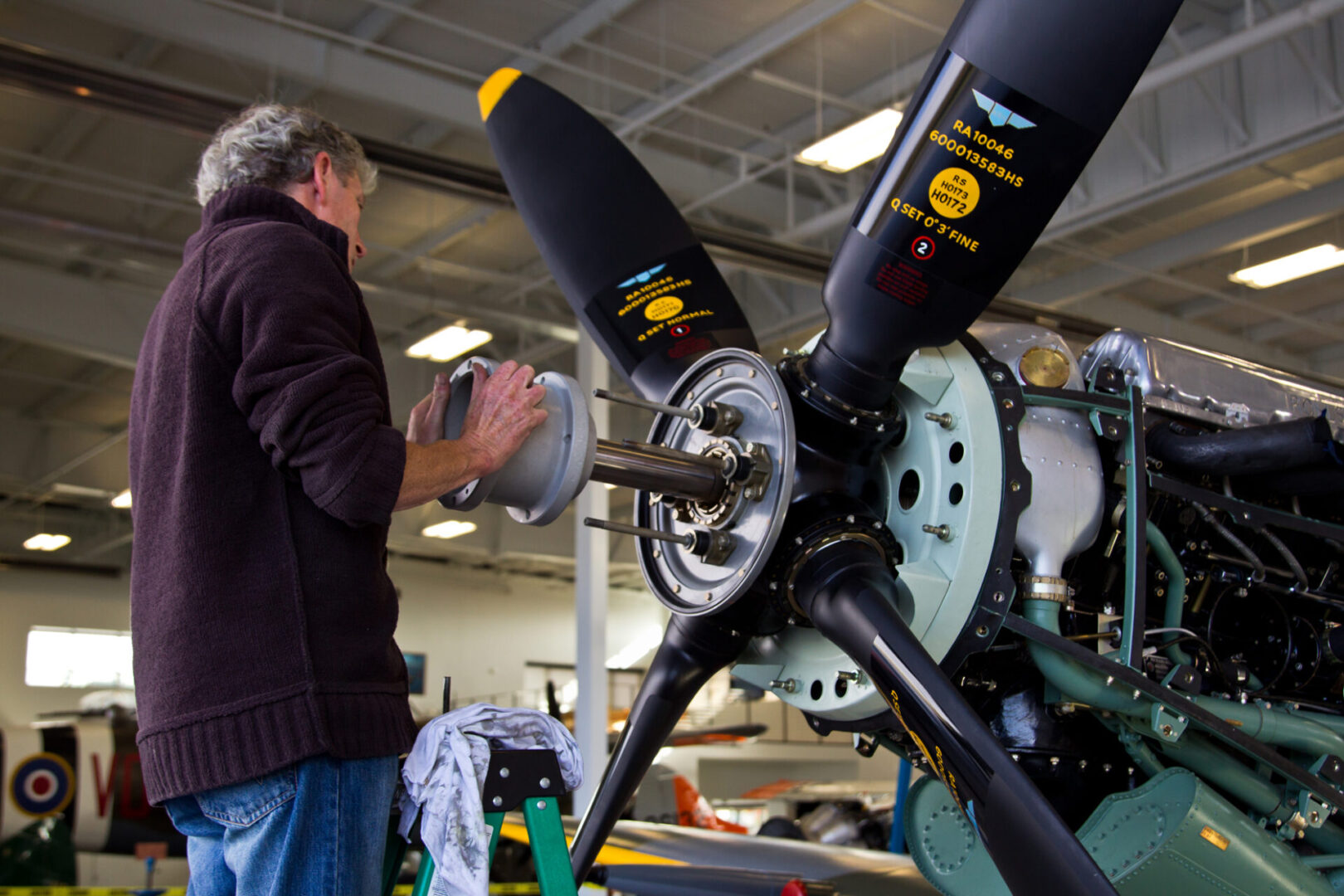 Acquired by HFF in 2007, Historic Flying restored our Spit to its 1945 specification. The aircraft was delivered to HFF and test flown in October 2010.