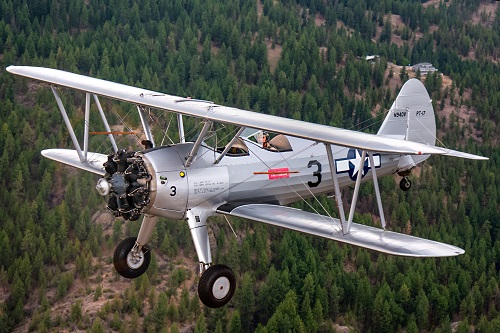 The two-seater biplane introduced by Stearman Aircraft Division of Boeing in Wichita, Kansas, in 1934, became an unexpected success during World War II. Despite its almost obsolete design, its simple, rugged construction made it ideal for novice pilots of the U.S. Army Air Corps (PT-13/-17) and Navy (NS/N2S). In addition to sales to the U.S. military, Stearman “Kaydets” were sold to Canada, China, the Philippines, Venezuela, Argentina and Brazil for both military and civilian uses. Between 1936 and 1944, Boeing built 8,584 Kaydets plus the equivalent of 2,000 more in spares.

Like other Stearman models, this A75N1 features fabric-covered wooden wings, single-leg landing gear and an over-built, welded-steel fuselage. All models of the Stearman relied on radial engines, this one a seven-cylinder Continental 670-5 capable of 220 horsepower.

Following acquisition by the Army Air Corps for $6,591, N940V began military service on August 21, 1941 at Maxwell Field in Montgomery, Alabama. Other World War II training stations included the Hawthorne School of Aeronautics in Orangeburg, South Carolina; Florida Air in Orlando, Florida; and Coast Aviation at Eagle Field, Dos Palos, California. Deemed surplus on July 31, 1945, it was acquired in 1946 by William Lehman Clark, owner of the aircraft until his death in 2005 at the age of 104. Linda Van Wert, Bill’s daughter, stored the aircraft until 2015 when Larry Tobin began meticulous restoration of what is one of the most original examples of the aircraft used to train most combat pilots of World War II. 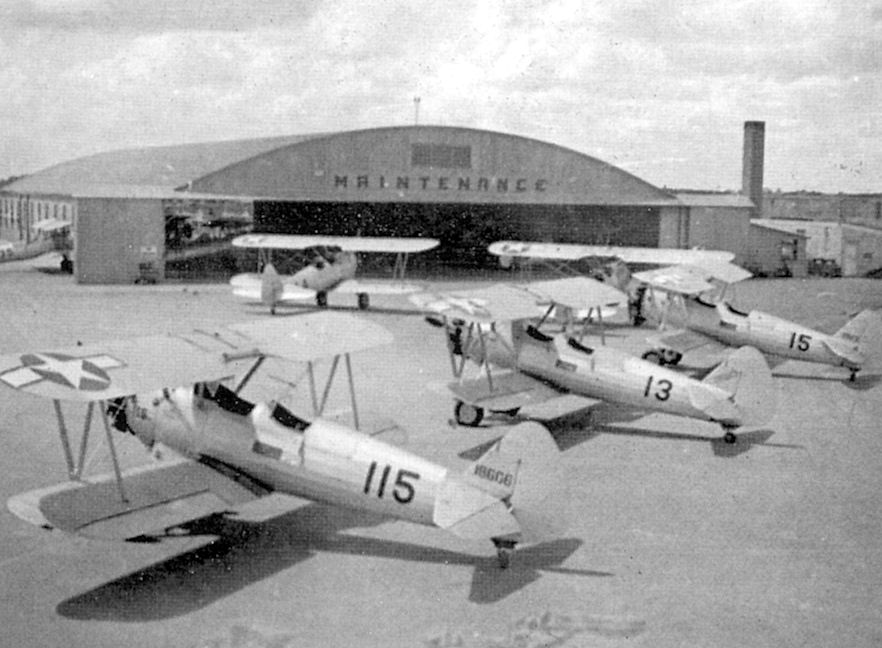