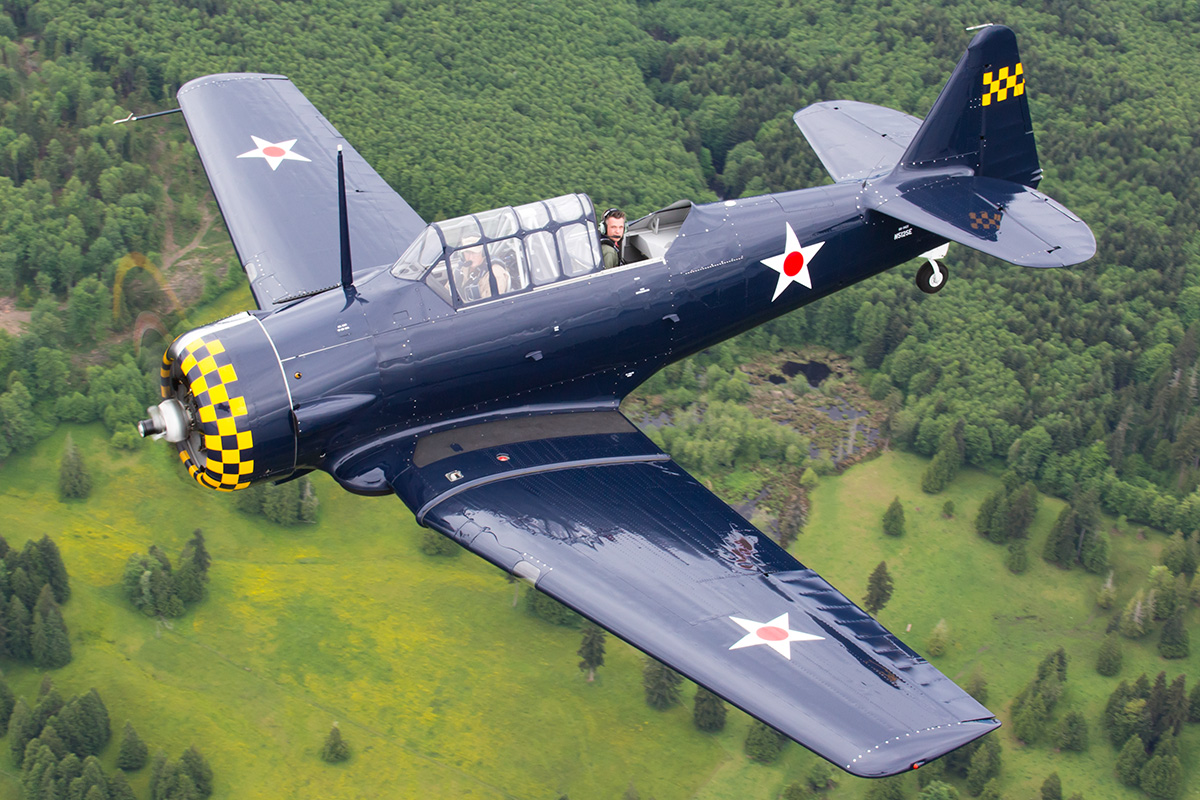 In 1937, the U.S. Army Air Corps selected North American Aviation’s T-6 advanced trainer to transition fighter pilots from primary trainers, such as the Boeing Stearman and de Havilland Tigermoth, to front-line fighters such as the P-40 Warhawk and eventually the P-51 Mustang. This aircraft, with its Pratt & Whitney R-1340 Wasp radial engine, was faster than the biplane primary trainers and fully aerobatic. Its combination of speed and weight, and the need for stick and rudder skills, either confirmed an aviation career path or suggested that another type of military service would be more suitable.

Canadian and British variants of this aircraft include the “Harvard” and “Yale.” The Army Air Corps version, the T-6, became know as the “Texan.” And the Navy version became the SNJ. In all, 15,495 were built.

Single-seat conversions of the T-6 painted in Japanese markings as Mitsubishi Zeroes have appeared in numerous movies including Tora! Tora! Tora! and The Final Countdown.

This T-6A features a thirty-caliber cockpit-mounted machine gun used primarily for gunnery training. The rear seat swivels 180 degrees allowing reconnaissance photography through a mini-bomb-bay seen from the side of the fuselage. Attached to the antenna staff, made of wood, is a wire strung to the top of the tail, which is typical of aircraft manufactured during the 30s. 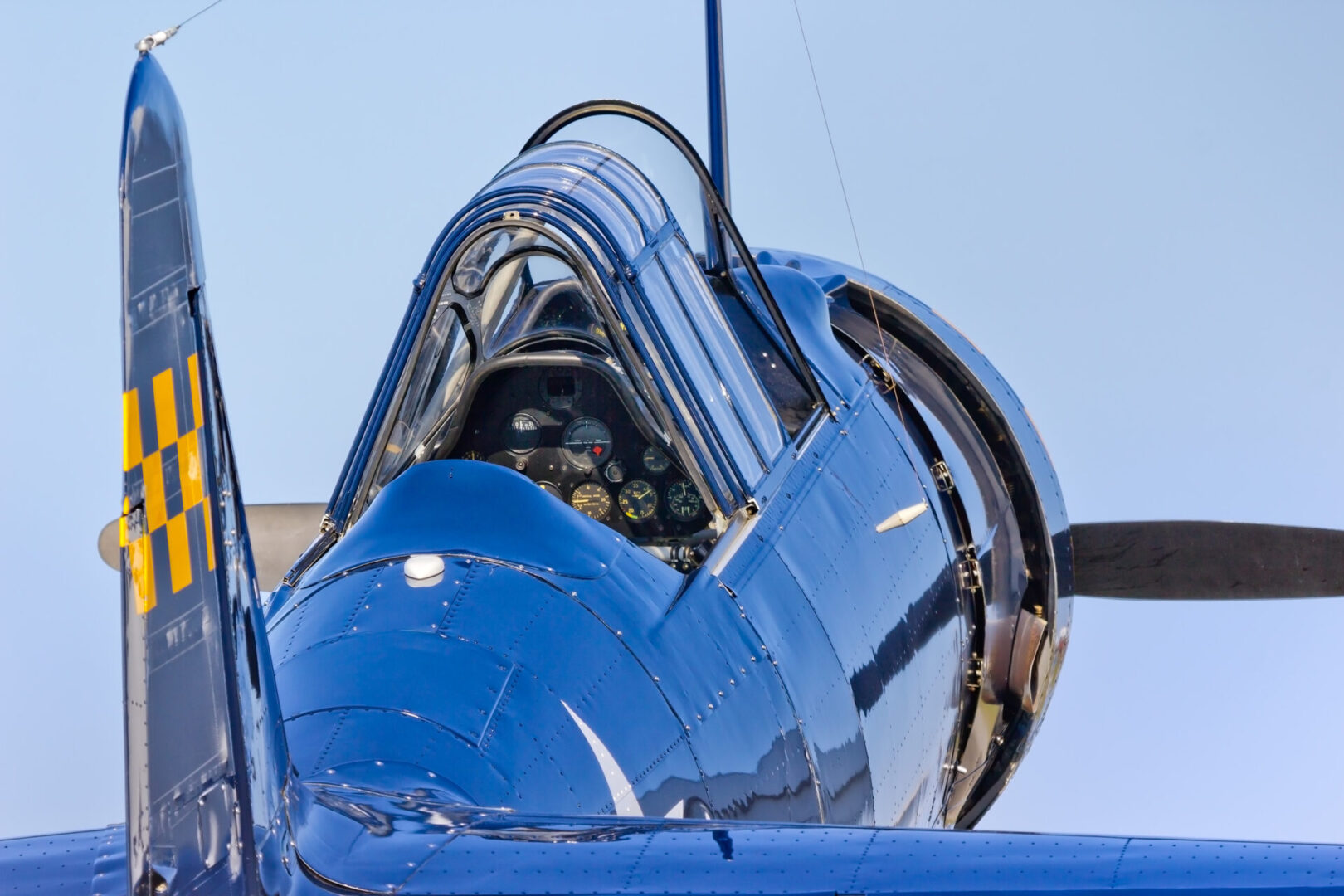 N512SE spent much of the 50s and 60s in the paint scheme of the Argentine Navy where it completed 6,346 flying hours as a fighter and trainer. A serious accident created a restoration opportunity. After several changes in ownership, Historic Flight Foundation rebuilt the remains into this pristine example used to keep its pilots current and offer flight experiences to the general public.